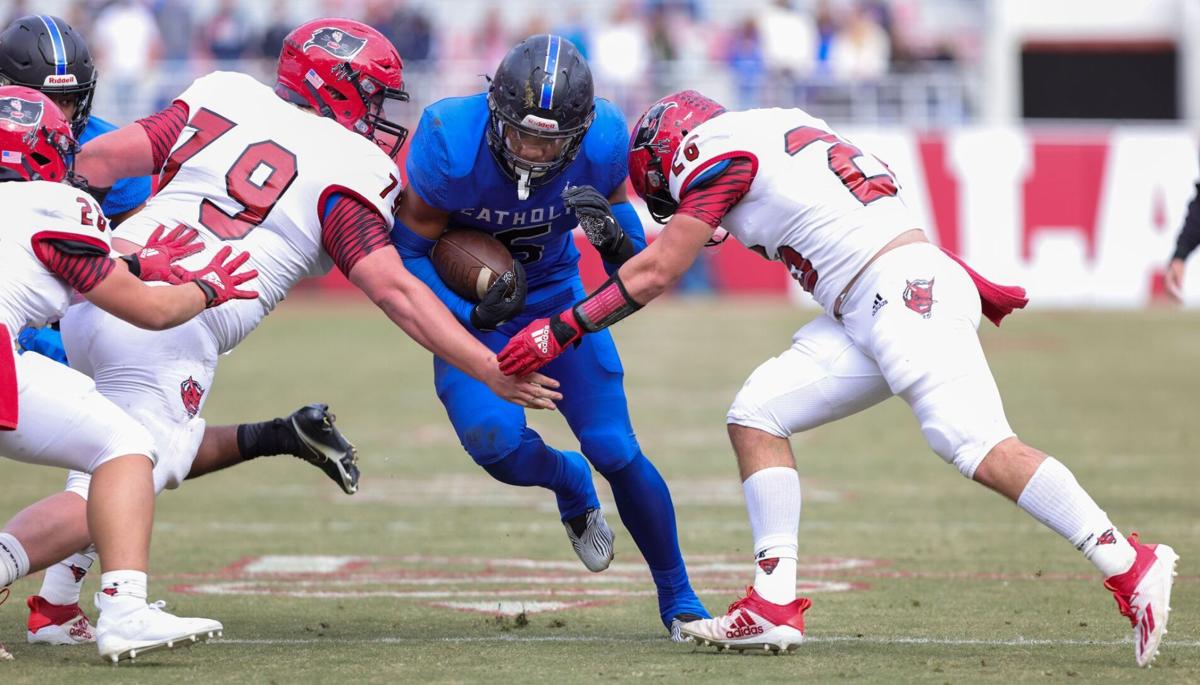 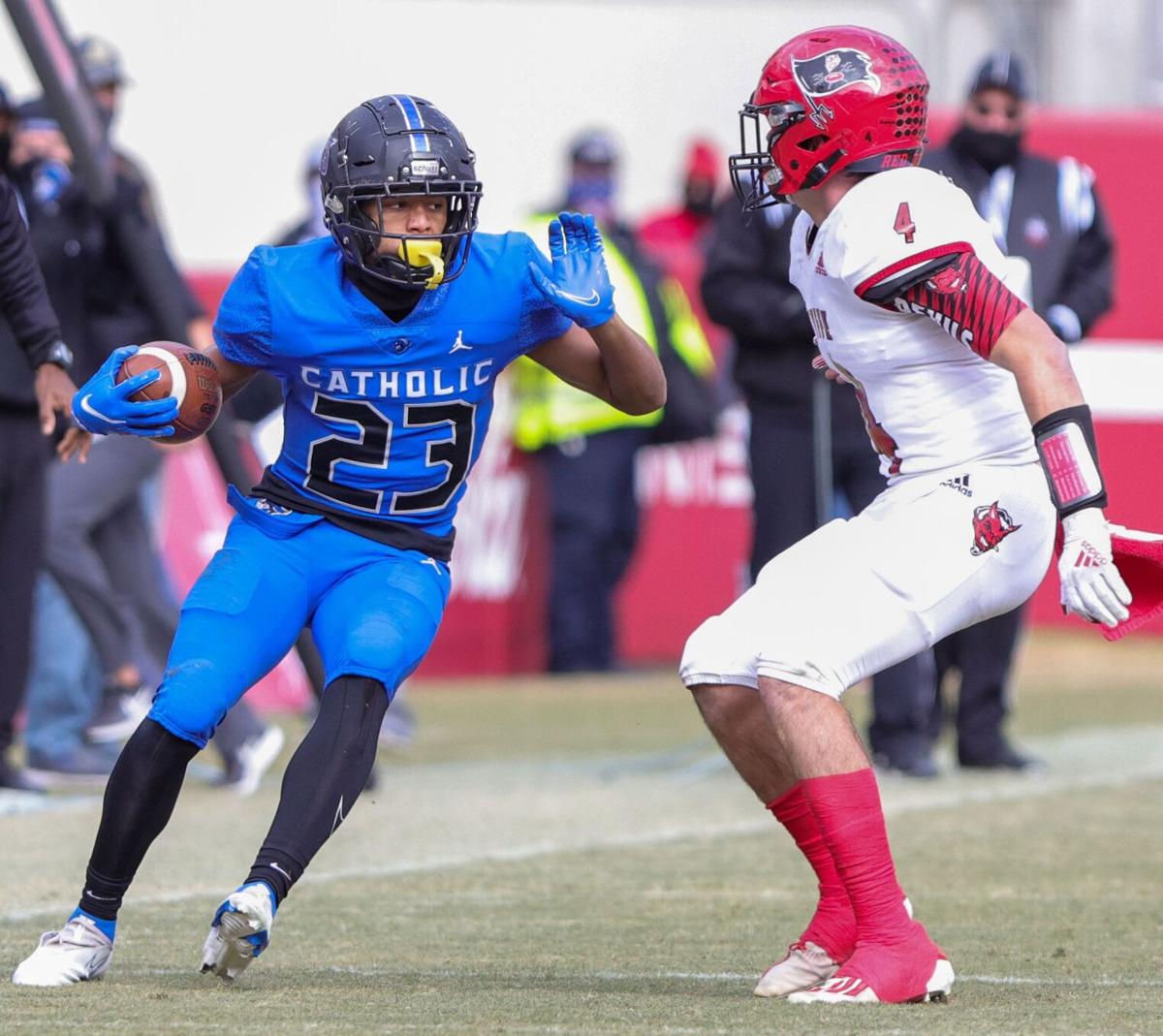 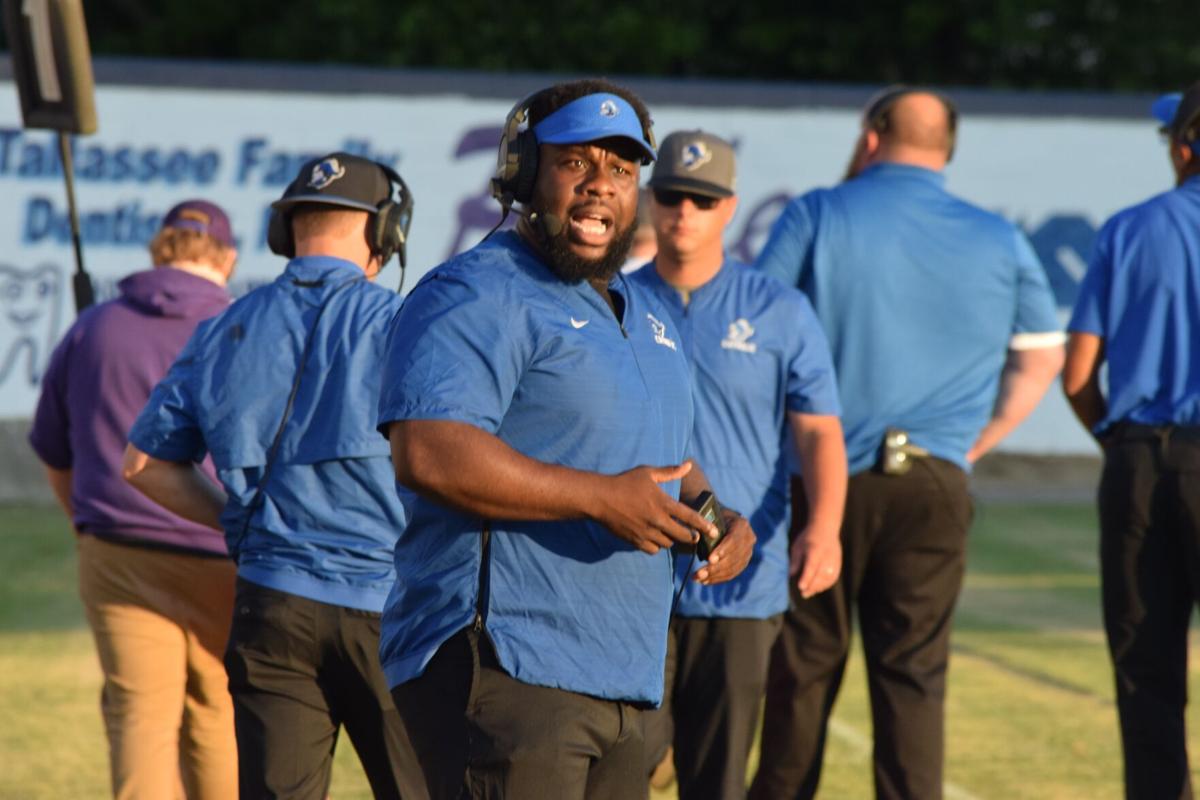 It’s easy to get caught up in Catholic’s success last season.

The Knights advanced to the Super Seven before losing to Fyffe in the 3A championship game at Alabama’s Bryant-Denny Stadium.

They competed with a first-year starter at quarterback (Caleb McCreary) and running back (Jeremiah Cobb). Both will be much-improved players in 2021.

Nearly all of the defense returns intact, but the big question entering the 2021 season is an unproven offensive line that is searching for three new starters.

“Every year at Montgomery Catholic or any small school, it’s about getting better in the offensive line,” said first-year coach Kirk Johnson, who moved up from defensive coordinator after Aubrey Blackwell took the head coaching position at Benjamin Russell. “That doesn’t matter what small school you’re at because you don’t have the numbers. Being more physical on the offensive line and having a stronger identity offensively.

“Coach Blackwell ran the offense the last however many years and we had a couple of coordinators, but we just want to get back to where we’re known for doing one thing and we do that one thing good.”

McCreary threw for 3,050 yards and 36 touchdowns last season, but gone are DJ Carter and Miles Butler, replaced by a group of inexperienced guys that include Jamari Young, Luke Harkless, Justin Rose and Dylan Tyynismaa. Griffin, the dangerous return specialist, could see some action at receiver as well.

“I think that the offensive coordinator, Coach (Kaleb) Forr, will throw me in a couple of plays every now and then, but for the most part I think he’s got what he wants over there,” Griffin said. “He’ll get me if he needs me.”

Cobb rushed for 2,013 yards and 18 touchdowns a year ago, but there are more questions than answers in the offensive line. Those same questions were answered last season and the addition of Garrett Harden, Chaise St. Julian and Ariyn Gilbert with returning starters Will Driver and Trent Taylor could be the answer this season.

Defensively, Jake Campbell will take Johnson’s former role as coordinator, but the unit should remain relatively unchanged from last year’s group that includes returning linemen Javen and Jamarion Augustus, along with Zach Underwood; Ryan, Dudley and Ethan Binns at linebacker; and Thomas, Griffin and Will Belsterling in the secondary along with LJ Green.

“We did lose a signal caller,” Johnson said. “We’re returning Patrick, who gets the box lined up, but Spencer Bach was the guy who made sure the back end was on the same page, so that’s been an adjustment.”

Johnson will be making the game-time decisions this year, but Dudley doesn’t expect any change in the Knights this fall.

“I wouldn’t say anything’s different, especially from a defensive standpoint, because he’s been the coach we look to on the sideline during the game and he’s always had the same energy regardless of whether he’s the assistant head coach or the head coach,” Dudley said. “The energy he brings to practice and the passion he brings to the game has all been the same.”

Does that mean Catholic will be back in the Super Seven this December? One game at a time, the players cautioned.

Aug-27 Charles Henderson (5A) Away