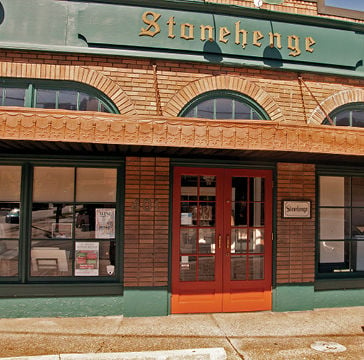 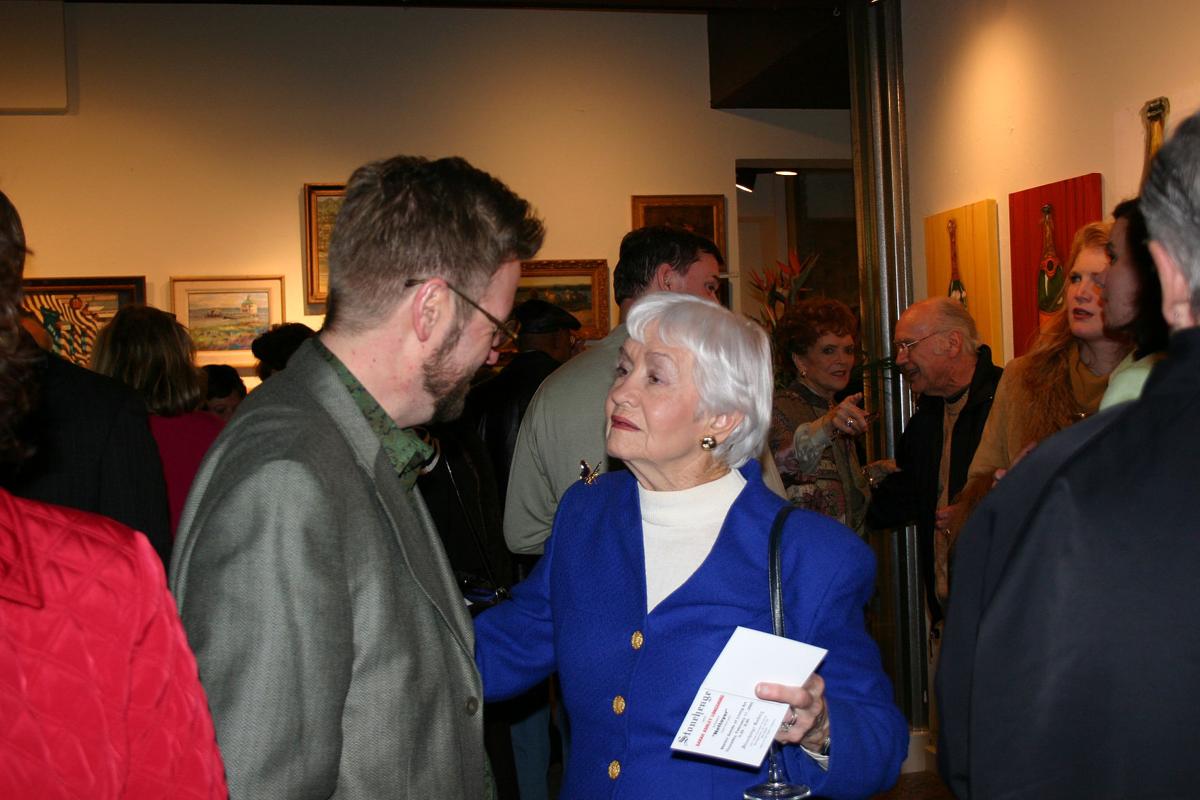 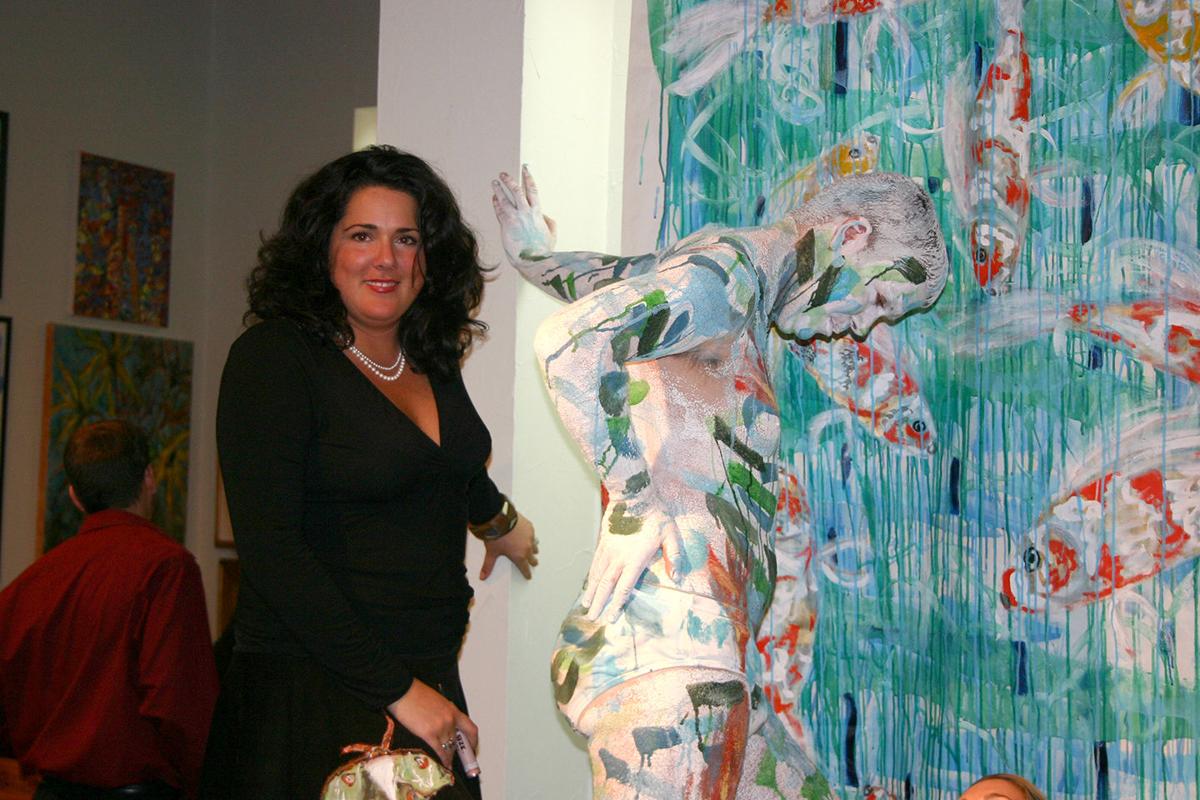 Ashley Longshore and her painting, performace art piece at Stonehenge 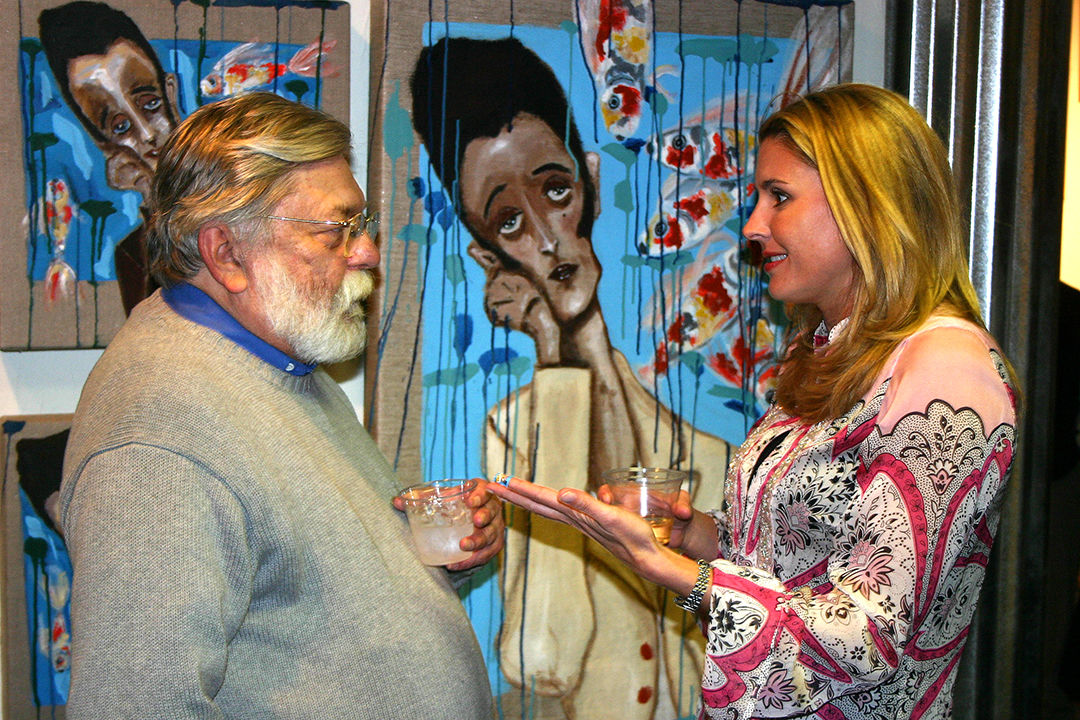 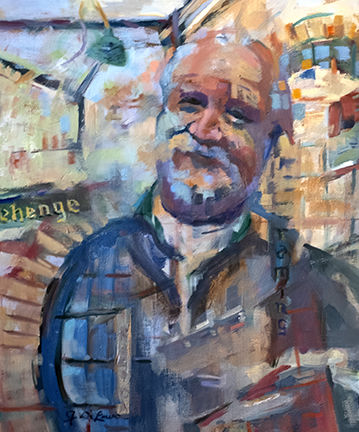 Framed, a portrait of Rusty Gregory, by Joan Dilora

Ashley Longshore and her painting, performace art piece at Stonehenge

Framed, a portrait of Rusty Gregory, by Joan Dilora

Fifty years ago, a young James Fuller and an even younger Rusty Gregory opened the doors of Stonehenge at 401 Cloverdale.  The building had been a grocery store beside a barber shop.  The structure needed new caretakers, care being the operative term.  The clean up was demanding. On a morning  in mid- February 1970, with their customary optimism, these  two gentlemen, craftsmen,  businessmen, moved their molding and equipment into 401. The frame shop opened that afternoon.

James and Rusty had one goal in mind:  To give customers the highest quality, in a timely manner and for a  fair price. Fifty years later, James is semi-retired and Rusty continues the tradition of providing excellent customer service.

Stonehenge Inc. has framed cherished works of art, diplomas, photographs, needlework, mementos, and medals for thousands of customers.  Stonehenge Inc. is committed to showcasing regional artists, having installed over 500 exhibitions. And if your chandelier or lamp needs repair, there is no other place in the region that can do this work.

Why is a frame shop in Montgomery, Alabama named after  a prehistoric World Heritage Site in Wiltshire, England thought to be an astronomical observatory? The original Stonehenge is a circle of standing rocks about 13 feet high and 7 feet wide, begun about 3000 BC.  James had an outdoor seating area with concrete blocks in a circle at his lake home —a visitor suggested that it resembled Stonehenge.   Metaphorically, it makes sense: artist  Beryl Chesnutt reminded me this morning that the  frame shop, because it produces such fine work,  is a “rock” in our community.

The story of Stonehenge Inc. begins with a friendship.  James was friends with Rusty’s parents --they attended the same church.  James was vice-president of Dixie Glass, which handled residential and commercial glass and picture framing. While in high school, Rusty began framing pictures.  James bought the picture framing part of the Dixie Glass from his business partner. James and Rusty began selling graphic art—limited edition prints, and representing local artists, among them Mary Virginia Fuller, Clark Walker, and Richard Folmar. As a commercial gallery, Clark Walker recalls, Stonehenge made it possible for artists to pursue art rather than to expend efforts to sell their work through decorators.  Early on, art exhibits and receptions were festive events.

James and Rusty educated themselves going to markets in Atlanta and Dallas, attending seminars learning about new things. They studied picture frames from all over the country.  Rusty is a certified picture framer. Stonehenge had branches at Maxwell and on Zelda. They benefited tremendously from decorators who appreciated the quality of their framing. When the shop on Zelda (began in 1986) closed in 1989, Stonehenge opened the lighting shop at 417 Cloverdale Rd. When the Green Garden Gallery closed, the gallery side of Stonehenge moved to 1041 E. Fairview and remained there until last year when it came back to 401 Cloverdale. The space is interesting, light filled during the day; the window is a wonderful space for large two and three dimensional work.  This year a competitive photography exhibit brought work by photographers from all over the US to Montgomery.

Receptions at Stonehenge are wonderful social events, however, there were a couple of stories I needed to check out—one involves drinking alcohol, the other is about nude models. Are these two stories true or are they apocryphal?

With respect to alcohol consumption, “Drink responsibly" has always been the motto at Stonehenge.  Yet it’s important to raise a glass at receptions in honor of art and artists and the pleasure of being together.  It is true that when Joe Lacey Jr’s recipe for punch was served at receptions you didn’t need a glass to drink it. James remembers that “It was so strong it would stand up by itself.”  There is nothing to worry about now, for better or worse, the recipe has been lost.

Another story places semi nude body painted models at a reception.  Since the Renaissance in the fifteenth and sixteenth centuries, artists have learned to draw by drawing from nude models. In theory, if you can master drawing the human body, you can draw anything.  Ashley Longshore, a very famous artist originally from Montgomery, had an exhibit at Stonehenge in 2005. She had nude (or almost nude) models, but their bodies were painted, and they posed in front of paintings—they became part of the painting.  Performance art was well received.

I’m not sure if it’s proper to refer to a business as a “good citizen,” but I consider Stonehenge Inc. as a fine example.  James’ philosophy, in his own words, is: “Gotta give back.” The business is a long-time corporate sponsor of public radio.

The frame shop itself is peaceful place; the space is welcoming, the lighting superb, very nice paintings rest on a ledge between high windows. As many as 4000 molding samples cling to racks and walls (and more can be ordered).  When I find something that I painted years ago that I want to preserve or when I paint something that surprises me (Truth is:  you can always surprise yourself.) I bring it to Stonehenge; it goes behind the swinging door. When it is returned to me, it is resting gently in a protective frame. Magic happens behind the swinging door.

In fifty years, many changes have taken place, but one thing remains the same:  everyone who  enters the shop is welcomed, treated with respect, and entitled to the highest quality, in a timely manner, and for a fair price.

I hope you will join us on February 13 at 5:30 pm to celebrate this anniversary.