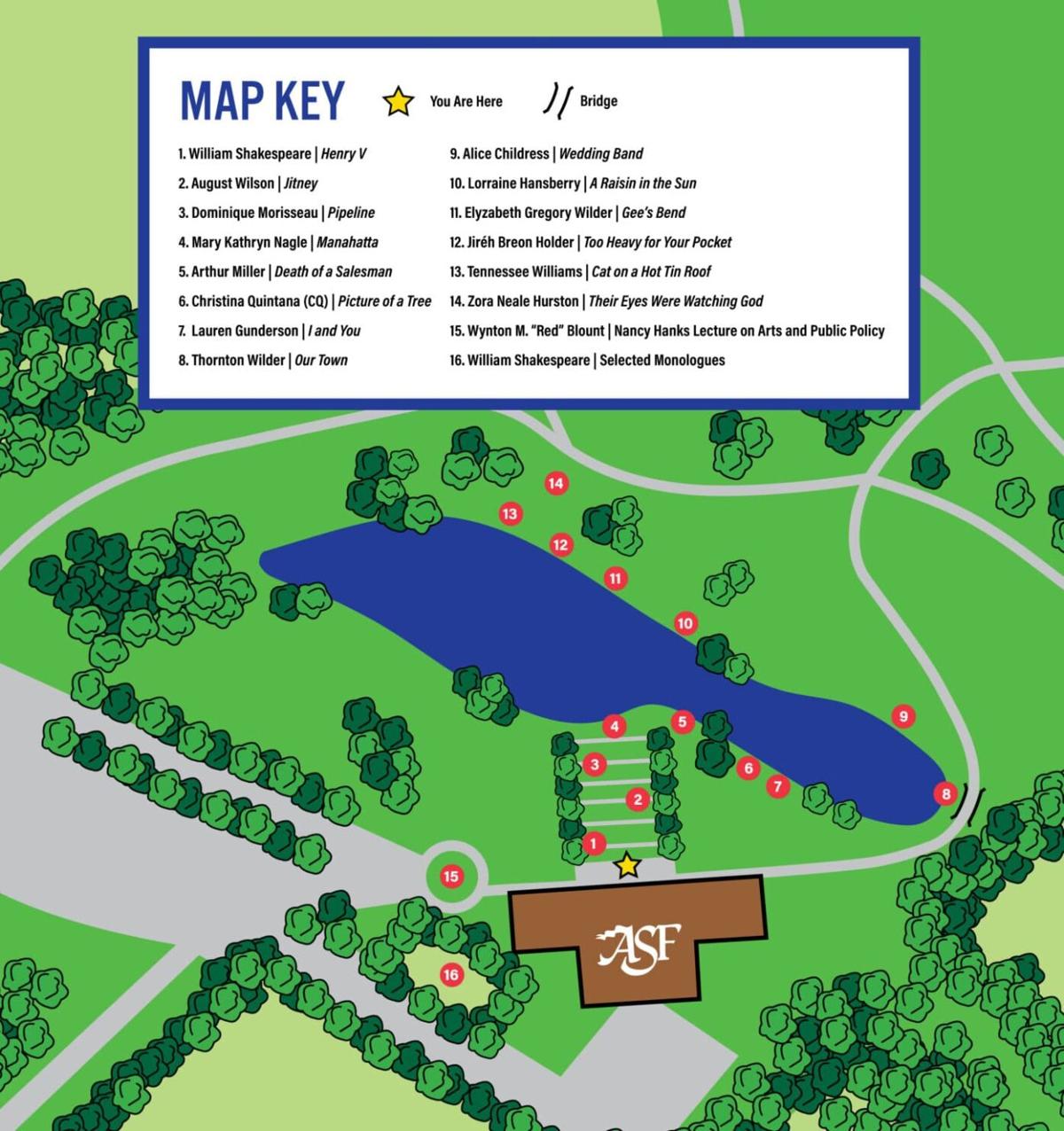 As the weather cools and the outdoors become even more enjoyable, Alabama Shakespeare Festival invites visitors to its grounds in Blount Cultural Park to experience Speak the Speech, a free theatrical installation. Inspired by William Shakespeare’s directive to “speak the speech” and by American playwrights today, Speak the Speech offers visitors a way to experience theatre outdoors in the beautiful park and garden surrounds for safe, interactive fun and enrichment.

All of the playwrights featured in Speak the Speech are notable figures of American theatre, with the exception of Shakespeare. Following the goal Dildine set on his arrival at ASF of having works produced at the theatre truly reflect its community, half of the featured playwrights identify as women and half are BIPOC (Black, Indigenous, People of Color). There is also an emphasis on Southern playwrights as well as female characters.

“Words matter. Your voice matters,” says Dildine. “Language and stories have been used to empower, empathize, and embolden communities. We are inviting our community near and far to ‘speak the speech’ and feel the power of language in their own voices.”

The project also aims to provide space for a social community, with visitors encouraged to film themselves performing the pieces and share their videos on social media using #SpeaktheSpeech.

“This is a great outside, social activity for people,” says Dildine. “Blount Cultural Park is a gem with its walking paths, ponds, geese, and calm environment. The fourteen selections offer a little taste of theatre that gives people a moment of imagination and creativity.”

Each speech selected for the public art installation is speakable outside. Much of the material involves nature and the universe and the role we humans play. The curators of the project also ensured that the pieces are appropriate for students. There is no cursing, and each piece is accompanied by a short biography of the author, along with a brief description of the scene and character.

ASF’s Speak the Speech installation is free and open to the public throughout October and into mid-November. The project is generously sponsored by Wind Creek Hospitality and Hyundai Motor Manufacturing Alabama.

Learn more about the project at ASF.net/Speak. Educators wishing to access materials for student projects can visit ASF.net/resources.