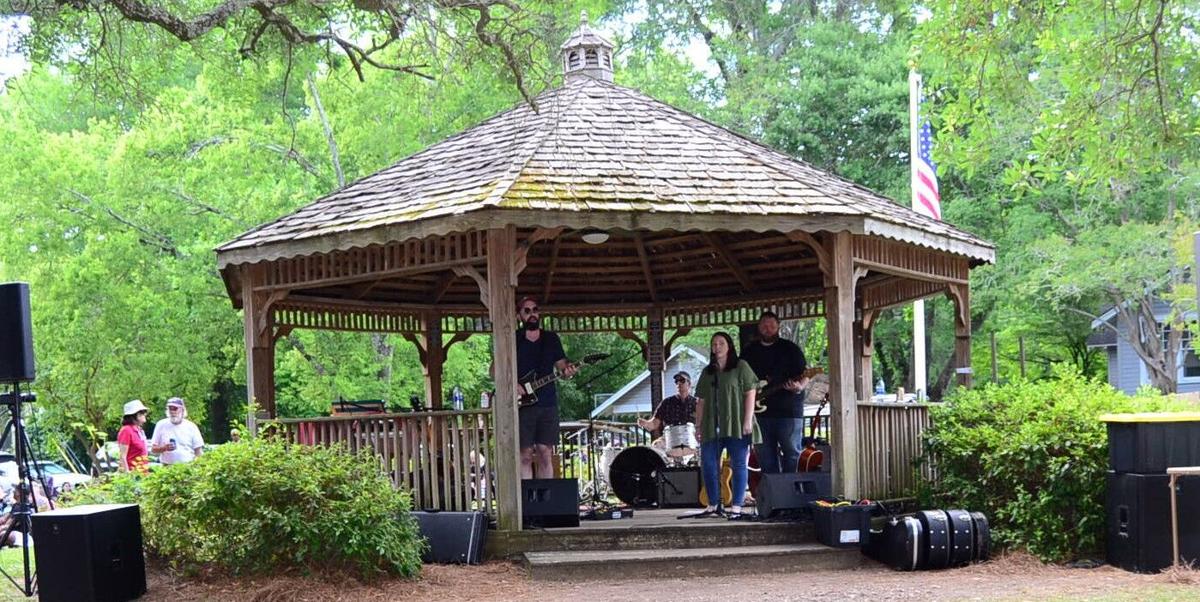 Photo: Electric Blue Yonder performed onstage in the gazebo at the final performance of the Spring Concert series. 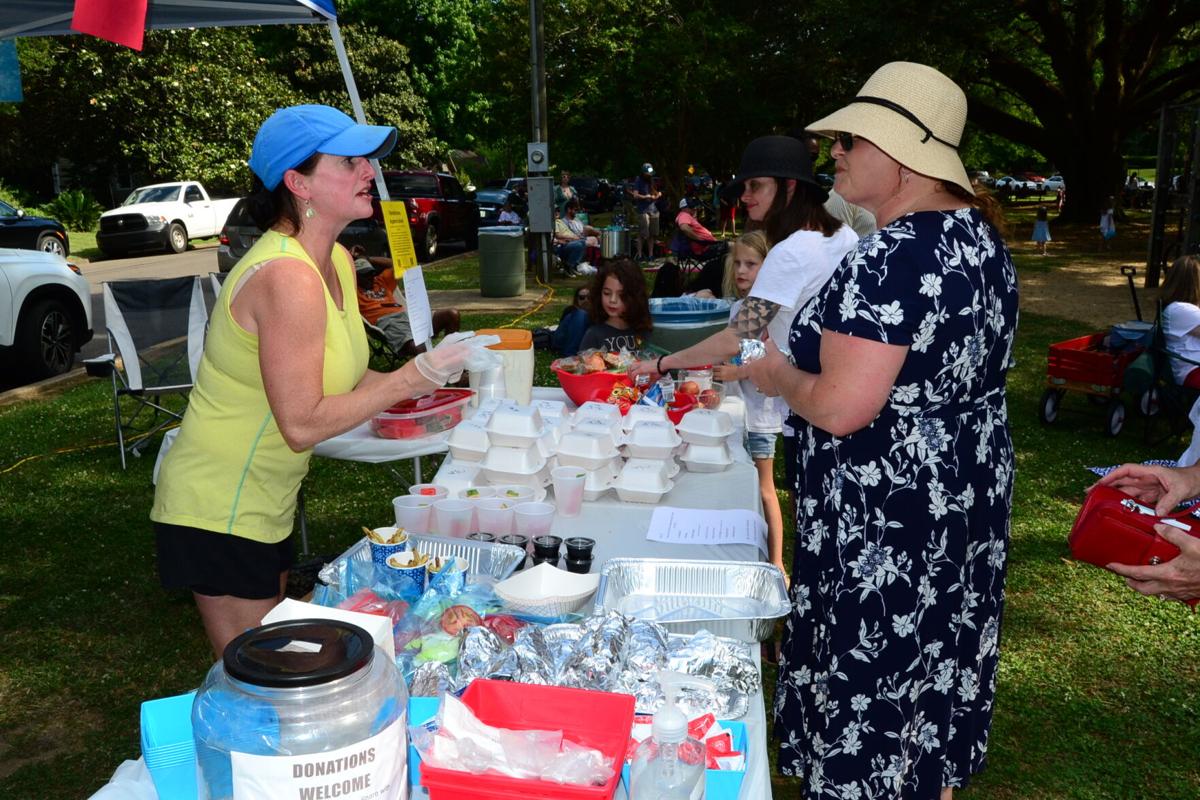 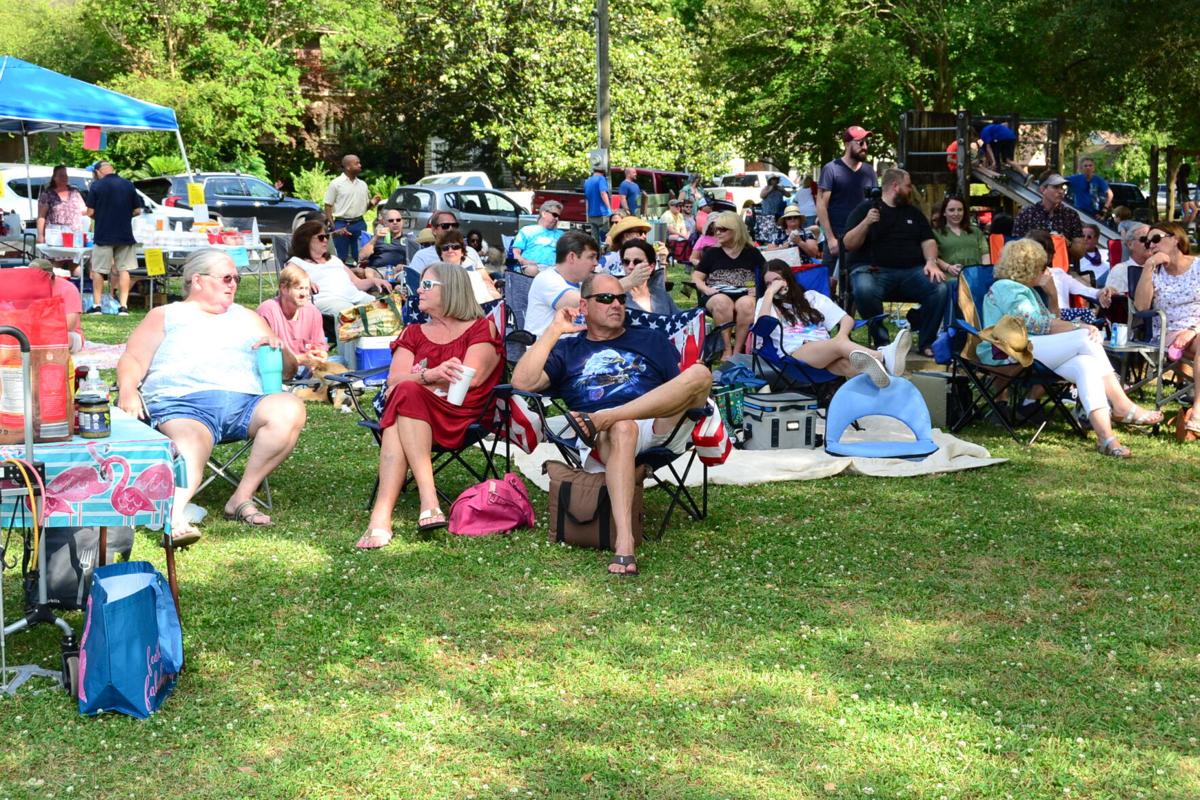 Photo: Electric Blue Yonder performed onstage in the gazebo at the final performance of the Spring Concert series.

If you were an out-of-towner and had been driving around Fairview Av. or thereabouts Sunday afternoon the May 23rd, you probably noticed an unusual amount of traffic in the area. That’s normal this time of year, as it was the final installment of the Cloverdale-Idlewild Association’s Spring Concert series. The series begins in April and runs through May, after which the Montgomery weather can really turn hot. Now in its 15th year, the weekly event grew from a few neighborhood residents getting together to socialize, to what is has become today.

Hundreds attend the concerts in the “Bottom” Park to listen to the music (this time performed by Electric Blue Yonder), socialize, watch the children play, and picnic. While the gazebo is the centerpiece of the park, many first-time attendees are astounded by the huge, live-oak trees that cover the area, and no doubt most are over 100 years old. Snacks and refreshments are provided by neighborhood residents, and the only charge for these is a donation. The Cloverdale-Idlewild area is one of several Historic Districts in Montgomery, and it encompasses Fairview Av. And Norman Bridge to Woodley Terrace and Edgemont/Glen Grattan.

The area was once a large tract purchased by Asa Jackson Carter in 1843. Later, Peter Blackwell Mastin, Sr. purchased the original 160 acres that encompasses the neighborhood from Carter in 1851. After Mr. Mastin passed away in 1865, the land was divided among his children. In 1922, the Mastin family sold a 40-acre plot along today’s Mastin Lane to Dr. Thomas Brannon Hubbard for the sum of $15,000. Other plots of the Mastin homestead were also sold-off during this period. John Haardt purchased the area call South Cloverdale Heights, which encompassed Wellington Road and parts of Lexington Road.

The Hubbards placed restrictions on the land they owned that was being developed. Real estate could only be used for residential purposes. No structures could be built within 40 feet of Mastin Lane and the still-existing Mastin homeplace. In addition, none of the cedar, mock orange, sugar berry or other trees could be cut down without the Mastin’s approval. All structures had to face the street and had to be above $5,000 in value. Additional structures, such as garages, or guest houses had to be built behind the main house. So that’s a little history of the neighborhood.

Today, the purpose of the Cloverdale-Idlewild Association is to enhance community value by assisting the neighborhood in achieving several objectives. Such as promote and coordinate community gatherings, fundraising activities, seasonal events, and projects. Keep residents informed of civic and legal developments affecting property use. And enhance historic preservation by monitoring compliance with property restrictions, helping residents comply, and when necessary reporting violations to the proper authorities.

Committees in the neighborhood include the Programs and Communications Committee, the Membership Committee, and the Beautification Committee. Current 2021 Officers in the Association include President-Kyle Robinette, Vice President-Eve Harmon, Second Vice President-Theresa Steele-Mitchell, Secretary-Maire Martello, and Treasurer-Kate Shuster. Though you may have missed the last spring concert, take heart. There’s a rumor circulating that there may be a concert or two this fall. Stay tuned.