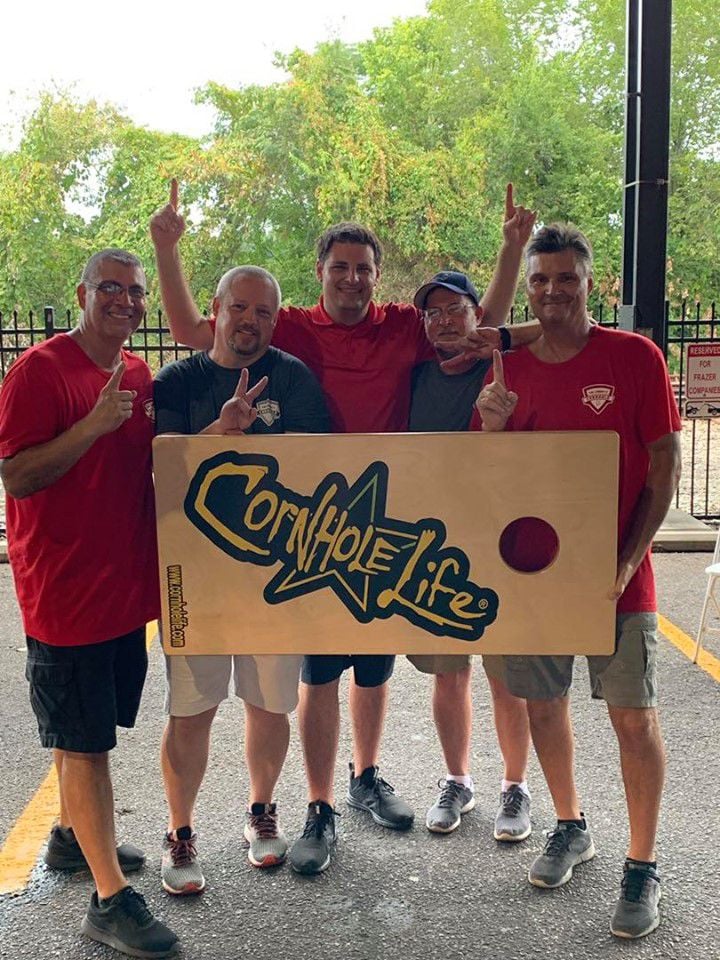 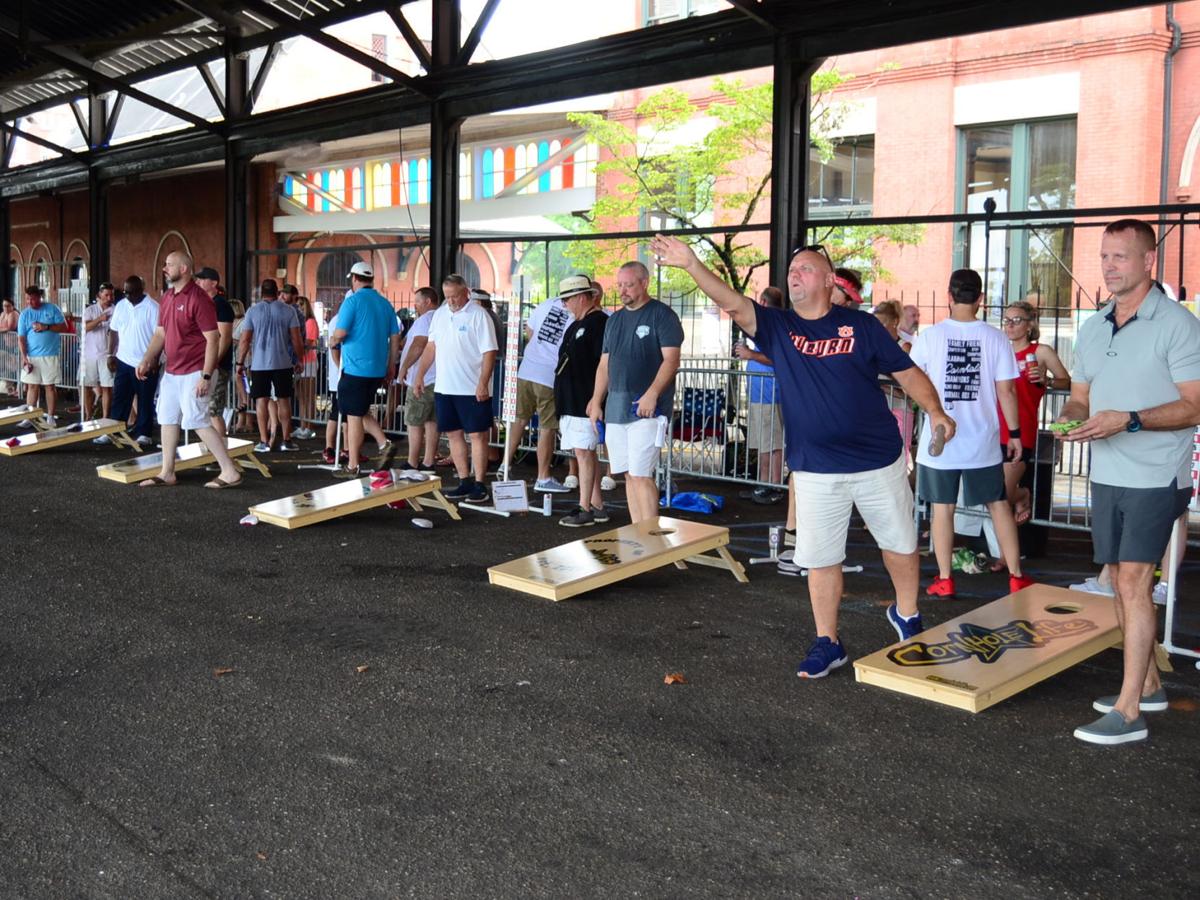 Photo: Cornhole is a game of strategy and sometimes finesse.

Photo: Cornhole is a game of strategy and sometimes finesse.

Cornhole, The children's game that originated in Ohio, has now been adopted by adults. I'd seen youngsters playing the game but never gave it much thought until I realized just how popular cornhole really is. For the 5th year in a row, the River Region Amateur Cornhole Classic has been held at the Train Shed to benefit the Boys and Girls Ranches of Alabama. Judging by what I saw, the game can be addictive, and you will not want to stop playing once you start.

World Class player Greg Howard of Cedar Town, Georgia, organized the August 24th Classic and provided all of the necessary equipment and target boards. Howard says that the boards measure 2 feet by 4 feet, and they slope upward so the rear of the board is 12 inches off the ground. The front of the board is about three inches above the ground, and a six-inch diameter hole is situated near the back of the board away from the player. The goal is to toss the one-pound, six-inch square bags filled with shelled corn into the hole. Two boards are used in the game which are placed 30 feet across from each other. Teams of two people compete against each other, each person tossing four bags. The first team to score 21 points wins the game.

If a player's bag lands on the board and stays there, that's one point. A bag tossed into the hole counts three points. That's the nuts and bolts of scoring, but there is also offensive and defensive strategy involved. The best way to learn how to play and develop your own strategy is by getting out there and doing it. As stated earlier, the event was to benefit the Boys and Girls Ranches of Alabama. Lori Johns Jordan and Roman Rauccio were on hand to represent the Boys and Girls Ranches. They explained that in the early 1960s, the Alabama Sheriffs Association decided to make a difference in the lives of boys from troubled backgrounds.

They formed a plan to build a program that would provide homes for troubled children before they made the decision to break the law. The sheriffs adopted the slogan, "it's easier to build boys and girls than to repair men and women." The first home, Tine Davis Hall, was dedicated in February of 1966. Then another ranch opened in northern Alabama. Today, the Boys and Girls Ranches of Alabama operates ranches in Baldwin Co. (boys), Colbert Co. (girls), St. Clair Co. (boys), and in Tallapoosa Co. (girls). To date, the ranches have been home to more than 5,000 youth.

The operating budget of the Boys and Girls Ranches of Alabama is raised almost exclusively from corporate and private sector donations, as well as fund-raising events. To learn more about aiding or donating to the ranches, call the administrative offices in Montgomery at 334 213-2071. The Grand Prize at the competition was two rooms and two nights at the Perdido Beach Resort, with other prizes being awarded to the 2nd, 3rd, and 4th place teams. John McKinnon and David Sanchez took 1st place, Kevin Jones and Thomas Freeman took 2nd place, Mark Smith and Jeff Beasley took 3rd place, and Casey Taylor and Jeff Keith won 4th place. Eric Gordon won the Air Mail Challenge prize of $125, but donated the money back to the Boys and Girls Ranches. Thanks, Eric!