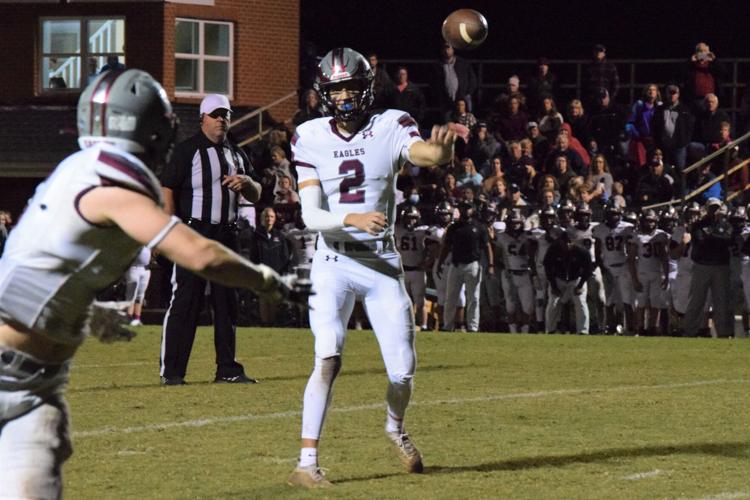 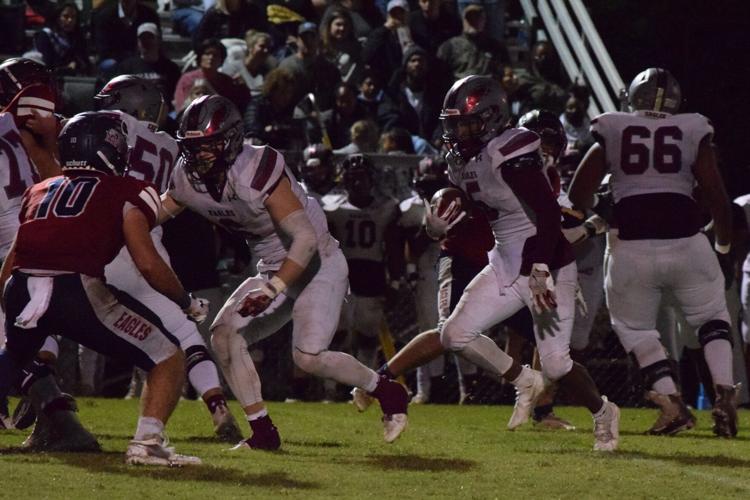 Last year, the focus for Alabama Christian Academy was on the physical aspects of the game. The Eagles, particularly in match ups with their Capital City Conference neighbors, often found themselves getting pushed around on the line of scrimmage.

“One thing we did accomplish last year is we did become a more physical team,” second-year ACA coach Michael Summers said. “Up front this year, we’re definitely more physical than we’ve been in the past. I think even our defensive line, even though we don’t have (returning starters) back, we have guys who have played snaps and so we’ve got guys that know how to play and are physical.”

While the desire to be more physical than your opponent is always an issue, the bigger focus this year is on the mental approach to the game in terms of eliminating unforced errors.

“I would say the biggest thing is we make mistakes to hurt ourselves,” senior quarterback Hayes Hunt said. “I remember specifically in the St. James game last year we had a lot of opportunities in the first half for touchdowns that we dropped and we ended up losing by two touchdowns. If we convert on those plays, if we fix some things here and there, we’re one or two wins better and it just changes the whole dynamic of the game.”

Still, Summers is only the third ACA coach to win at least seven games in his inaugural season, along with his predecessor, Nate Sanford, and John Poitevint. This year, with a new schedule, he is again leading the path into uncharted waters by playing one of the toughest non-region schedules in school history with games against Catholic, Montgomery Academy and Bayside Academy.

“It’s fun to go out and win 50-0 but there’s nothing thrilling about that,” Hunt said. “You just start rolling in the subs early in the game. The good thing about playing good competition is not only does it prepare you but it’s also fun. It gets you hyped up to play big games and good competition.”

“It’s a lot of the same people from last year,” Hunt said. “The big difference is everybody is more experienced this year so everything’s running smoothly in practice. It’s not teaching, it’s just repping and doing the same thing over and over, making sure we’re well oiled and doing the right things.”

Defensively, there are a few more questions, questions that won’t likely get answered in preseason practice. Replacing nose guard Donovan Emerson and linebackers Jack Thomas and Schlemmer will be a priority and Landers has moved from outside linebacker to strong safety to take Snead’s position in the secondary.

“We have to figure out linebacker,” Summers said. “Besides that, how do we handle adversity because adversity is going to come. We chose a hard schedule, non-region wise, and we did that for a reason. We get a good gate because we’re playing all the (Capital) City (Conference) schools, but we want to prepare these guys for the playoffs. I want to see how these guys handle hard and how they handle adversity.”

Despite any lingering questions, the aspect of having a more physical defense convinces returning players such as Landers that their unit will be able to handle any adversity during the season.

The Eagles drop from 4A to 3A, a classification they had from 2000-2005 when the 1.35 private school multiplier was initially implemented. Since 2006 they have been either a 4A or 5A school. And while the drop in classification suggests an easier schedule against smaller schools, the addition of Catholic, Montgomery Academy and Bayside Academy makes for a tougher path in 2022.

“I think it’ll be good for us, going into the playoffs, just to play good teams who will make us have to work harder so we’ll know what to do when the time comes,” Landers said.

From the publishers of The Montgomery Independent comes a new quarterly lifestyle magazine that is all about the River Region...Indy Magazine